Posted by almondjoycie on January 28, 2010 in Recipe

I am now found on toot: The Arab blog network. toot is the sound you make to draw attention to yourself. toot is a fruit that consists of little particles that make up a whole. toots belongs to a tree. toots is sweet. toot toot comes in different colours.

That word toot reminds me of a little ditty we used to sing as children:

So, in honor of this auspicious occasion I am reposting my blog on beans:

A friend of mine passed this along and I am still chuckling when I think about it. I was planning on writing about food today, so today’s topic will be baked beans.

Baked Beans – This is hilarious! 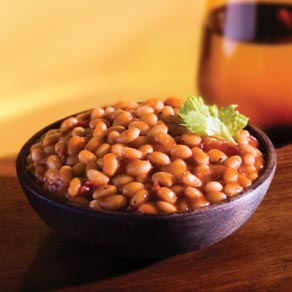 One day I met a sweet gentleman and fell in love. When it became apparent that we would marry, I made the supreme sacrifice and gave up beans. Some months later, on my birthday, my car broke down on the way home from work. Since I lived in the countryside I called my husband and told him that I would be late because I had to walk home.

On my way, I passed by a small diner and the odor of baked beans was more than I could stand. With miles to walk, I figured that I would walk off any ill effects by the time I reached home, so I stopped at the diner and before I knew it, I had consumed
three large orders of baked beans. All the way home, I made sure that I released ALL the gas.

Upon my arrival, my husband seemed excited to see me and exclaimed delightedly: “Darling I have a surprise for dinner tonight!” He then blindfolded me and led me to my chair at the dinner table. I took a seat and just as he was about to remove my blindfold, the telephone rang. He made me promise not to touch the blindfold until he returned and went to answer the call. The baked beans I had consumed were still affecting me and the pressure was becoming most unbearable, so while my husband was out of the room I seized the opportunity, shifted my weight to one leg and let one go. It was not only loud, but it smelled like a fertilizer truck running over a skunk in front of a pulpwood mill. I took my napkin from my lap and fanned the air around me vigorously. Then, shifting to the other cheek, I ripped off three more.
The stink was worse than cooked cabbage!!!

Keeping my ears carefully tuned to the conversation in the other room, I went on like this for another few minutes. The pleasure was indescribable. When eventually the telephone farewells signaled the end of my freedom, I quickly fanned the air a few more times with my napkin, placed it on my lap and folded my hands back on it feeling very relieved and pleased with myself. My face must have been the picture of innocence when my husband returned, apologizing for taking so long. He asked me if I had peeked through the blindfold, and I assured him I had not.

At this point, he removed the blindfold, and twelve dinner guests seated around the table chorused: “Happy Birthday!” I fainted!!!!!!!!!!!!!!

Oh, I still can’t stop laughing at the thought. I could never give up beans. Living in Jordan, we eat hummus and falafel constantly. My kids couldn’t be happier than the days when lunch is hot dogs and baked beans. Neither could I because it is the easiest to prepare! Never do we eat them just out of the can. Although in the states you can find great canned baked beans, like Bush’s vegetarian, if you were to find them here you would pay dearly. Spicing them up is quite easy. Just add a nice spoon of brown sugar, and a squirt of mustard. I always add a small container of tomato paste to to make it saucier. Sopping up fresh bread in the sauce is so tasty. Sometimes I add barbecue sauce or liquid smoke.

Another no fail meal at my house is an Arabic stew called Fasoolya Bayda, or white beans. If you have a pressure cooker, it is a very fast meal to prepare. Here is the recipe:

1 lb. stew beef (you can always adjust this amount to your liking. We have been using 1/2 these days)
2 tablespoons corn oil
1 small can or box of tomato paste
2 teaspoons bharrat (mixed spices, you could simply add cumin, cinnamon, coriander, a tiny bit of cloves)
1 teaspoon cinnamon (more or less to taste, but don’t leave it out!)
3 teaspoons salt
1/2 teaspoon black pepper
1 large can crushed tomatoes, or about 6 fresh tomatoes, chopped
2 cups water
2 cans your choice of white bean (cannellini, navy, Great Northern beans) I prefer the biggest I can find, they are so creamy and soothing especially on a cold winter day

Heat oil in large pot. Sear beef by cooking a few minutes before stirring. Stir and sear other side. Add tomato paste and spices and stir well. Add chopped tomatoes and water. Simmer for a couple of hours until meat is very tender, or if using a pressure cooker, cook for 10 minutes after the pressure has risen. Drain beans and add to stew. Heat through. Serve over rice.

← Eight Ball Zucchini – How Darling
A Birthday Limerick for Seth →

I Write Like by Mémoires, Mac journal software. Analyze your writing!